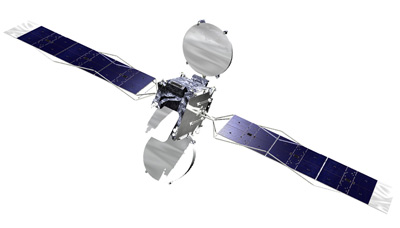 MEASAT Satellite Systems Sdn. Bhd. (formerly known as Binariang Satellite Systems Sdn. Bhd.) announced in November 2005 the execution of a contract for the procurement of the MEASAT-1R spacecraft from Orbital Sciences Corporation. MEASAT-1R will provide high powered C and Ku-band capacity over Malaysia, Indonesia and the wider Asia-Pacific region. In early 2008, the satellite was renamed MEASAT-3a.

The MEASAT-1R satellite will employ 12 C-band and 12 Ku-band transponders, each providing 36 MHz of bandwidth, over a 15 year minimum service life. The MEASAT-1R C-band payload, providing a global single beam covering Eastern Africa, The Middle East, Asia and Australia, has been designed to support the next generation of telecommunications and video services. The Ku-band payload, with two focused beams providing coverage over Malaysia and Indonesia, will support new Direct to Home (“DTH”) video and data services.

In August 2008, the satellite was damaged in a crane accident during launch preparations and had to be returned to the manufacturer for repairs.