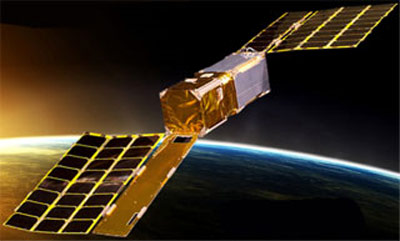 Mayflower-Caerus is a triple unit Cubesat built as a joint mission by Novaworks of Northrop Grumman and the University of Southern California as a technology mission. It is a 3U-size CubeSat with propulsion that has eight Pumpkin deployable solar panels unfurled into two arrays.

Mayflower is 2U Cubesat sized module built by Novaworks as a next-generation CubeSat Flight Testbed.

Caerus is a 1U CubeSat structure used as the payload module of the spacecraft. University of Southern California built the module based on a Pumpkin 1U CubeSat kit. It transmitts beacon data in the Amateur Band.

The satellite was successfully deployed in orbit, but no signals were received. Mayflower-Caerus reentered on 22 December 2010.