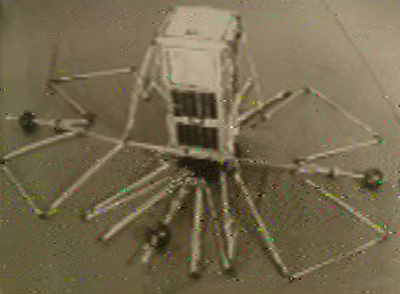 The MAK satellites were a series of soviet small satellites developed at NIIPME (Prikladnoy Mekhaniki I Elektrodinamiki NII) at Moscow's MAI.

The non-oriented satellites with a maximum weight of 25 kg consisted of a common bus module with different instrument packages. They were deployed from the space station Mir's airlock. Due to the low orbital altitude, the designed lifetime was less than one month.

MAK 1 was a 16 kg satellite to study the upper atmosphere and ionosphere on a 3 day mission. It was to test the electrical, telemetry and temperature regulation systems of the new satellite bus and to operate the Fokus payload, to study electrons and plasmas of the upper atmosphere. MAK 1 was deployed from Mir on 17 June 1991. Due to a power failure, it failed to deploy an antenna and remained non operational.

MAK 2 was also a mission to measure the characteristics of the upper atmosphere. It had a mass of 16.5 kg.

The third satellite in the series, MAK 3, which was also to do research on the upper atmosphere, was never flown. It is unclear, if it was ever built.