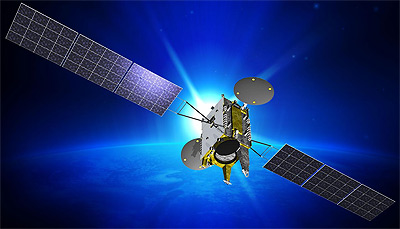 The Lybid 1 is a ukrainian communications satellite to be operated by Ukrkosmos. It is built under the National Space Program. The launch was originally planned for 2013.

The communications payload is provided by MacDonald, Dettwiler and Associates Ltd. (MDA) of Canada, while ISS Reshenev provides the Ekspress-1000NT bus. A contract was signed with the MDA on 22 May 2010 on the joint construction of the Lybid satellite for Ukraine.

The launch of Lybid 1 on a Zenit-3F rocket was originally planned for 2015. Due to the Ukraine conflict, the future of this project was uncertain. The satellite has been completed and remains in storage. It is unclear, if or when a launch of Lybid 1 will take place.