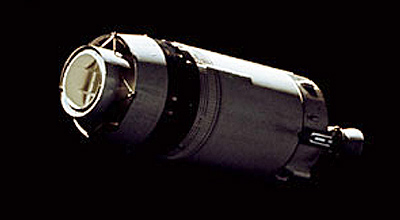 This LTA B (Lunar Module Test Article B) was a dummy mass representing the mass of a real Lunar Module. It remained attached to the Saturn-4 B stage.

George M. Low, ASPO Manager, set forth the rationale for using LTA-B (as opposed to some other LM test article or even a full-blown LM) as payload ballast on the AS-503 mission. That decision had been a joint one by Headquarters, MSFC, and MSC. Perhaps the chief reason for the decision was Marshall's position that the Saturn-5's control system was extremely sensitive to payload weight. Numerous tests had been made for payloads of around 38,555 kilograms but none for those in the 29,435- to 31,750-kilogram range. MSFC had therefore asked that the minimum payload for AS-503 be set at 38,555 kilograms.

Because LTA-B brought the total payload weight to 39,780 kilograms, that vehicle had been selected for the Apollo 8 mission. All dynamic analyses in connection with the pogo problem had to be verified, but MSFC engineers were not concerned that the established weight would affect pogo performance. Because NASA had been prepared to fly AS-503 with a heavier payload - i.e., originally including LM-3 - Low saw no reason to be concerned about the decision made to fly the somewhat lighter and more symmetrical LTA-B.