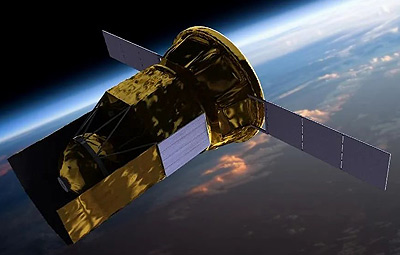 It is Rocket lab's demonstration mission for their Photon-LEO bus, a satellite bus based on their Kick Stage Upper stage of the Electron rocket.

As proposed, the system will be the primary payload on a Rocket Lab Photon-LEO satellite and collect critical cryogenic fluid management data in orbit for nine months. The small business will collaborate with NASAs Marshall Space Flight Center in Huntsville, Alabama, NASAs Glenn Research Center in Cleveland, and NASAs Kennedy Space Center in Florida.

The mission was selected in October 2020 by NASA's Tipping Point program. After launch in late 2023, the nine-month LOXSAT 1 mission will fully demonstrate the capability of in-space cryogenic storage and transfer. Anticipating successful mission results, Eta Space will use private funding to develop a truly commercial depot intended to serve multiple customers.

The contract includes funding for the initial design of LOXSAT 2, a full-scale operational depot intended for launch in 2025. LOXSAT 2 will provide liquid oxygen and RP-1 to refuel the upper stages of multiple small launch vehicles.