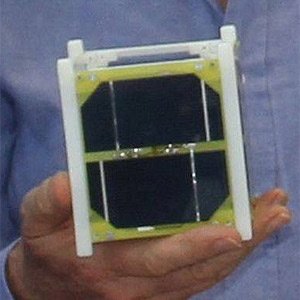 LitSat 1 is a 1U-CubeSat project being developed by the Lietuvos Kosmoso Asociacija (Lithuanian Space Association) and KTU (Kaunas University of Technology). Together with LituanicaSAT 1 it is one of the first two Lithuanian satellites.

The satellite aims to use low cost open-source software and hardware for primary and secondary flight computers that will control the payload consisting of an onboard VGA camera, GPS receiver. It also carries a linear transponder and an AX.25 packet radio transceiver.