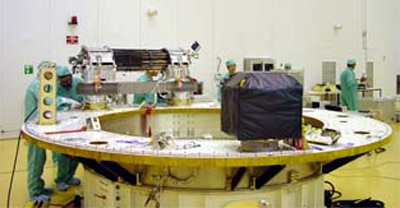 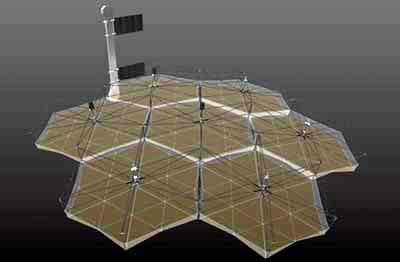 The LDREX (Large-scale Deployable Reflector Experiment Model) is a small partial model antenna built to validate the design of the ETS-8's Large Deployable Antenna, and will conduct experiments to solve various technical problems that the ETS-8 is facing. Since the result of LDREX experiments will influence the design of ETS-8, an immediate launch of LDREX was desired, which led the project team to switch a launch vehicle from the domestic H-II rocket to an European Ariane-5G rocket. The Large Deployable Reflector Experiment (LDREX) was built by Toshiba for National Space Development Agency (NASDA). It was mounted, along with cameras and support equipment, on an ASAP-5 platform. After the deployment was complete, the antenna was to be ejected from the platform.

ETS-8 is designed to carry a large antenna for the purpose to develop technologies to build the world's largest geostationary satellite, which will be used for future mobile communications. Since deploying such a large antenna in orbit is very difficult and requires lots of new technologies, a series of experiments prior to the satellite's fabrication is necessary.

After launch, the deployment of the antenna failed, requiring a re-evaluation of the mechanism. A reflight of the LDREX 2 took place in 2006, again on an ASAP-5 platform on an Ariane-5ECA launch vehicle. It was successful.