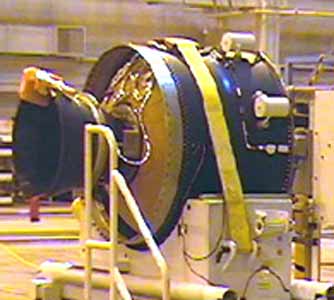 LCT2 (Low Cost TDRSS Transceiver) is a low-cost transceiver for launch vehicles that would allow them to relay telemetry to the ground through the agency's TDRS satellites. Originally planned as a suborbital sounding rocket experiment, LCT2 has been moved to an orbital piggy-back payload on a Minotaur-1 rocket.

The current goal of the LCT2 effort is to produce a transceiver that will significantly lower the flight hardware costs required to communicate through NASA's Tracking and Data Relay Satellite System (TDRSS) and will meet the suborbital and orbital launch vehicle needs for Space Based Range Communications (SBRC).