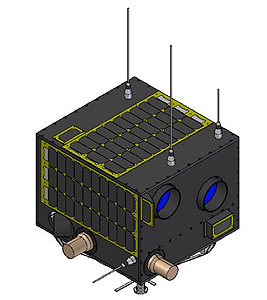 LAPAN A2, also known as LAPAN-ORARI, is an indonesian microsatellite based on the LAPAN-Tubsat. It carries an AIS (Automatic Identification System) to identify the ships in the waters of Indonesia and a video camera with a range three times wider than the Lapan-Tubsat. It also carries a payload for disaster management by amateur radio communication.

The satellite structure and many subsystems are the same as in its sister satellite LAPAN A3.

LAPAN-A2 carries a payload of voice repeaters and an APRS Repeater for communications of the Organisation for Amateur Radio Indonesia (ORARI) during a disaster. After launch, it received the designation IO 86 or Indonesia-OSCAR 86.