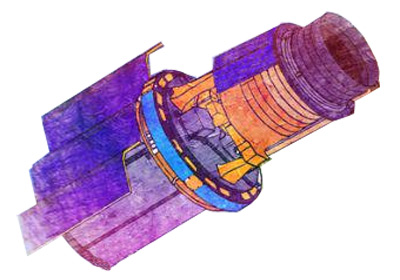 Kuaizhou 1 is reportedly a satellite for natural disaster monitoring. It will be used to monitor natural disasters and provide disaster-relief information for its user, the National Remote Sensing Center of China, a public institution under the Ministry of Science and Technology.

The satellite was launched on 25 September 2013 on the maiden flight of the new quick-reaction Kuaizhou-1 launch vehicle from Jiuquan.

Likely the satellite is integrated with the upper stage of the launch vehicle, which is consistent with only one object detected in orbit. It demonstrated the capability for orbital manoeuvres by raising the initial orbit was 275 km × 293 km × 96.7° on 27 September to 299 km × 306 km. It made reboostas about every two weeks. Kuaizhou 1 last maneuvered in 10 July 2015. On 1 September 2015, the satellite rreentered the earths atmosphere.

A second satellite, Kuaizhou 2 was launched on 21 November 2014. It also made periodic reboosts. Possibly it carries a different kind of imaging payload.