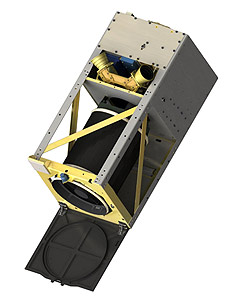 Andrews Space, now Spaceflight Industries, announced in January 2013 that they have been funded by the US Army Space and Missile Defense Command to design and deliver a Kestrel Eye Block 2A Earth imaging spacecraft as part of the Army's Kestrel Eye program.

Under the current effort, known as Kestrel Eye Block 2, Spaceflight Industries will develop, build and deliver the Kestrel Eye Block 2A Earth imaging nanosatellite based on their Sentry-4000 platform The spacecraft embodies a paradigm shift to lower-cost, higher persistence overhead reconnaissance capabilities. While not meant to replace traditional imaging assets, Kestrel Eye Block 2 seeks to augment the current approach to remote sensing by demonstrating the application of low-cost, commercial technologies to enable a new tier of reconnaissance capability.

The overall Army effort is a Joint Capability Technology Demonstration (JCTD) that requires the demonstration program be completed in 24 months, or 2014. Incremental subsystem hardware demonstrations will occur regularly during development to build confidence in the system and assess subsystem performance against threshold objectives and goals.

For the Kestrel Eye IIA prototype, a launch to the ISS is baselined, from where it is to be deployed. As the satellite is designed with propulsion systems and batteries not compliant with the ISS, this requires modifications or a rescheduling to an uncrewed launch vehicle.

After the successful mission of Kestrel Eye 2M, the Kestrel Eye program was ended in October 2018.