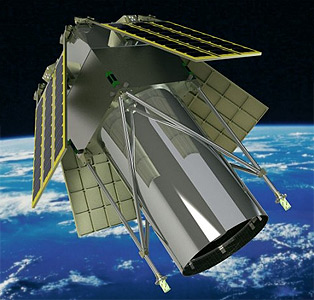 The US Army Space Missile Defense Command is developing Kestrel Eye as an electro-optical nanosatellite-class imagery satellite that will be tasked by the tactical ground component Warfighter. Capable of producing 1.5 meter resolution imagery, Kestrel Eyes data will be downlinked directly to the same Warfighter via a data relay network that is also accessible by other Warfighters in theater without any continental United States (CONUS) relay or data filtering.

The intent is to demonstrate a tactical space-based imagery nanosat that could be proliferated in large numbers to provide a persistent capability to ground forces. The primary objective of the demonstration will be to task the satellite to take a picture of a designated ground object of interest and have that image relayed back to the ground Warfighter during the same satellite pass (i.e., within an approximately 10-minute tasking-to-product cycle).