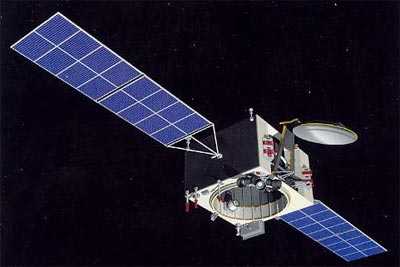 Kazsat 1 is built on a load bearing structure, which allows launching it piggy-back with another satellite. Originally planned to be launched as a piggyback payload on a Proton-M Briz-M, it was delayed to 2006. It was launched in mid 2006 as a single payload on a Proton-K Blok-DM3, as no suitable piggy-back launch opportunity was available.

Kazsat 1 failed to respond to commands in June 2008 and is probably lost after only two years in orbit.

A second improved satellite called KazSat 2 was ordered in 2006.