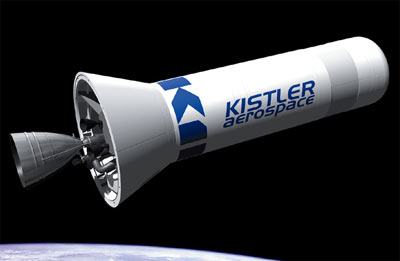 The COTS contract calls for the development and demonstration of commercial orbital transportation services that could deliver cargo and crew to the Space Station. The rpK/Orbital team will employ the reusable K-1 launch vehicle to provide delivery and return of cargo and science payloads to and from the ISS.

The K-1 is in an advanced state of development and will be capable of providing end-to-end ISS servicing beginning as early as 2009. Orbital's responsibilities will include program management, systems engineering, vehicle integration, launch operations, and safety and mission assurance. As part of the agreement, Orbital will make a strategic investment in rpK.