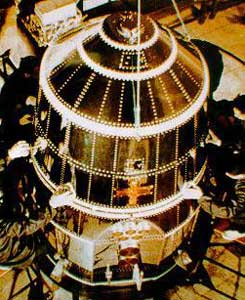 These satellites were likely technological demonstration missions, but the exact purpose has not been disclosed. No signals of the satellites were received in the west, hinting to a military mission, which only transmitted while flying over China. An ELINT mission has been speculated, as well as an imaging mission, probably using television or radio transmission of scanned film images. None of the satellites performed manoeuvres in orbit.