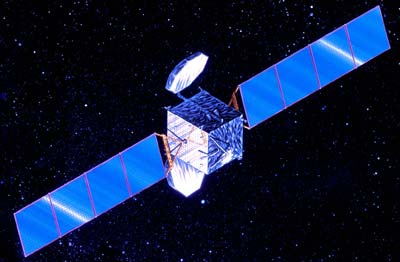 In June 1996, Hughes Space and Communications International, Inc. (HSCI), signed a contract with Japan Satellite Systems, Inc., (JSAT) of Tokyo, to build a fifth communications satellite. In December 1996, JSAT contracted for a sixth satellite. The new satellites, JCSAT-5 and JCSAT-6, are Hughes HS-601 body-stabilized model spacecraft. JCSAT-5 was successfully launched on December 2 1997 on an Ariane-44P H10-3 rocket from Kourou, French Guiana. JCSAT-6 was launched 15 February 1999 from Cape Canaveral, Fla., on an Atlas-2AS rocket. These new satellites will allow JSAT to meet increased customer demand for multimedia and Internet access and will carry voice, data and television signals to Japan.

As Hughes HS-601 satellites, JCSAT-5 and JCSAT-6 consist of a cube-shaped center payload section, with the solar panel wings extending from the north and south sides, and an antenna array. The 601 contains two modules. The first is the bus module which carries all launch vehicle loads and contains the propulsion system, bus electronics and battery packs. The second module is the payload module, which holds communications equipment and isothermal heat pipes. Reflectors, antenna feeds, and solar arrays mount directly to the primary structure, and antenna configurations can be placed on three faces of the bus. This modular approach enables work to proceed in parallel on both structures, which shortens manufacturing and test time. JCSAT-5 and JCSAT-6 were built in the Integrated Satellite Factory of Hughes Space and Communications Company in El Segundo, Calif.

Each satellite has a pair of four-panel sun-tracking solar array wings. Each wing extends 11.9 meters north and south from the body for an overall deployed length of 26.2 meters. These panels are designed to generate approximately 5,000 Watts with the wings deployed, using K-4 3/4 solar cells. Additionally, a single 30-cell 200 Amp-hour, nickel-hydrogen battery provides power during eclipse periods.

JCSAT-5 and JCSAT-6 each have two octagonal reflectors, located on the east and west side of the bus. These reflectors make use of Hughes' patented shaped reflector technology, which eliminates the need for complex feedhorn arrays. With east and west reflectors deployed, the satellites measure 7.5 meters in width.

JSAT contracted for launch directly with Arianespace for JCSAT-5 and with Lockheed Martin for JCSAT-6. After becoming operational, the satellites are refered by the designators JCSat 1B and JCSat 4A respectively.

For launch, the solar wings and reflectors fold alongside the spacecraft bus, forming a box 2.8 meters by 4.3 meters by 3.8 meters. After separation from the launch vehicle, the satellite's on-board 490-Newton (110 lbf) liquid apogee motor is fired to circularize the orbit at the 36,000 km (22,300 miles) geosynchronous altitude. The liquid bipropellant subsystem provides 12 thrusters of 22 Newtons (5 lbf) for stationkeeping. Once on-station, the satellites weigh approximately 1841 kg. JCSAT-5 is stationed at 150° East longitude and JCSAT-6 is at 124° East.

On 17. January 2005, JCSat 1B (5) experienced an anomaly in one of its thrusters, which led to temporary loss of services, while the operator prepare the satellite to operate without the faulty thruster.