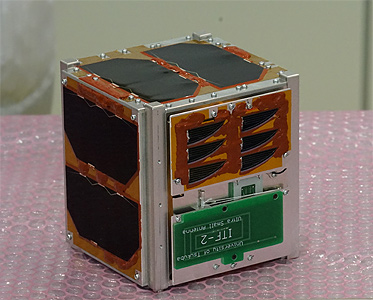 ITF 2 (Imagine The Future 2) is a 1U Cubesat built by students of the University of Tsukuba.

The satellites mission is to support radio amateur networking, to test a micro engineered 1/20 wavelength small antenna and to prove the stable operation of FRAM based microcontroller and other microcontroller in space environment.