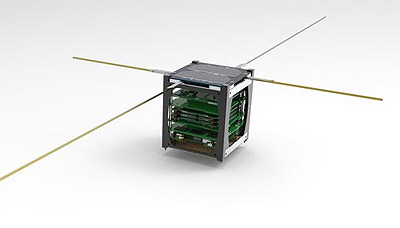 ISTSAT 1, originally known as ISTnanosat 1, is a 1U-CubeSat designed by the Instituto Superior Técnico (IST), Portugal.

ISTSAT-1 will be used for carrying out a feasibility study of the use of nanosatellites to receive the signals of the ADS-B system used in the monitoring of aircraft in areas not covered by terrestrial stations, like oceanic routes or remote areas.

ISTSAT 1 was selected by ESA's "Fly Your Satellite!" Program in 2017 to be deployed in orbit from the ISS in 2018 or 2019. Eventually it was assigned to the maiden flight of the Ariane-62 launch vehicle.