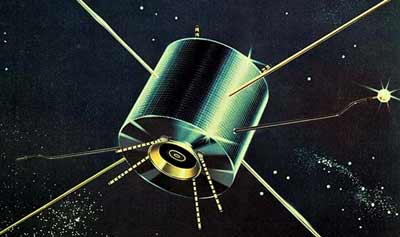 ISS a or Ume 1 was used to monitor radio waves in the ionosphere and forecast conditions for optimal use of shortwave communications. A power supply system failure caused Ume to malfunction one month after launching.

ISS b or Ume 2 was put into orbit two years later as a replacement. Ume-2 kept gathering observation data even after its 1.5 year mission term. It finished its operation on 23 February 1983, because of deterioration of power generation.