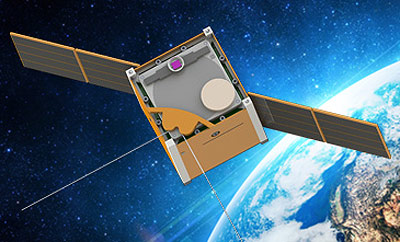 The Irvine 01 is a 1U CubeSat built by a team of students from five high schools, with guidance from universities and industry experts. The Irvine01 mission is an educational mission that gives high school students the experience of building, testing, and controlling a nanosatellite, with the aim of developing interest and talent in the engineering field.

It consists of the following subsystems:

In addition, there will be an experimental UV-LED optical communications for one way communication from the satellite to the ground station.

It was originally manifested on a Dnepr rocket in 2017. As the availability of Dnepr had become doubtful, it had been moved to an Indian PSLV-XL for launch in 2018. Eventually it was agin moved to an Electron KS launch.