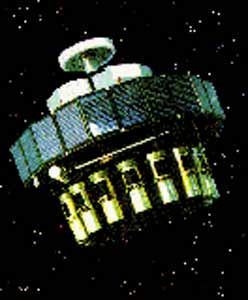 The IRM (Ion Release Module) provided multiple ion releases in the solar wind, the magnetosheath, and the magnetotail, with in situ diagnostics of each. The IRM spacecraft was spin-stabilized at 15 rpm. Its spin axis was initially in the ecliptic plane, but later it was adjusted with magnetic torqueing to be at right angles to the ecliptic. The power system was a 60 W solar array with redundant batteries. There was a redundant S-band telemetry and telecommand system. Telemetry rates could be chosen between 1 and 8 kbps. For injection into the final orbit, the IRM carried its own kick stage. In addition to the ion releases, the instruments on board the s/c monitored the ambient, magnetosphere, but with the data acquisition confined to the passes that could be tracked in real time from Germany. The spacecraft became inoperational as of 14 August 1986.

Following experiments were mounted on the IRM: