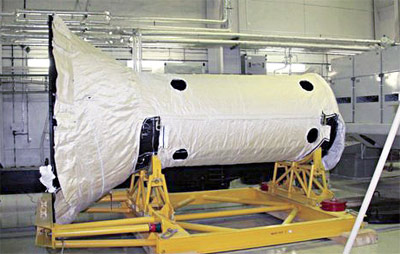 The IPM is a vehicle evaluation payload for the maiden Angara-A5 Briz-M launch, representing a mass model of a geostationary satellite.

The dummy payload was placed into a near geostationary orbit by the Briz-M upper stage, to which it stayed intentionally attached. After some hours, two burns of the Briz-M stage's auxiliary engines moved IPM to a graveyard orbit a few hundred km above GEO.

A second dummy payload was flown on the second Angara-A5 Briz-M.