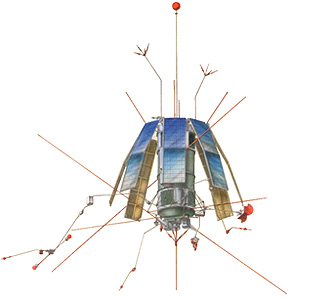 Ionozond-E (also known as AUOS-Z-I-E or Kosmos 1809) was a Soviet low earth orbiting satellite to investigate the ionosphere.

The satellite was built on Yuzhnoye's AUOS-Z bus. It carried a number of space physics instruments for monitoring of the Earth's ionosphere, and also to study of the propagation of radio waves in the ionosphere.

Ionozond-E was launched on 18 December 1986 launched from the Plesetsk cosmodrome on a Tsiklon-3 booster.