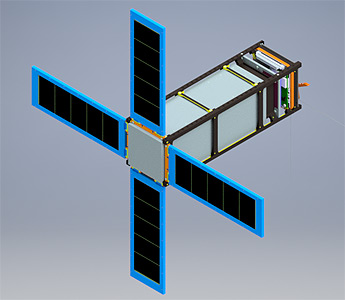 INCA (Ionospheric Neutron Content Analyzer) is a scientific investigation mission conducted by the New Mexico State University (NMSU), that will study the latitude and time dependencies of the neutron spectrum in low-Earth orbit for the first time to improve current space weather models and mitigate threats to space and airborne assets.

The measurements will come from a new directional neutron spectrometer, which is being developed in conjunction with NASAs Goddard Space Flight Center and the University of New Hampshire. It is being adapted from Solar Probe Plus Ion Neutron & Gamma-ray Spectrometer (SPRINGS) design.

INCA is built on a 3U CubeSat satellite bus.

The mission objectives are to: