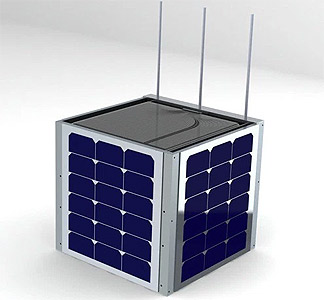 IITMSAT (IIT Madras Satellite) is an Indian nano-satellite weighing less than 15 kg built by students of the IIT Madras.

The project's mission is to collect data about electrons and protons in the Earth's upper-ionosphere throughout its mission life of one year. One particularly interesting feature of this mission is that it will expand on existing data for research on an earthquake prediction model based on ionospheric changes before seismic activity.

The satellite houses the Space-based Proton and Electron Energy Detector (SPEED), which is designed to measure the fluctuations in the flux of protons and electrons in the upper ionosphere.

The IIT Madras Student Satellite consists of seven different sub-system, each performing vital functions of the space-craft orbiting in space.

IITMSAT will be launched launched piggy back into low Earth on a PSLV rocket in 2017.