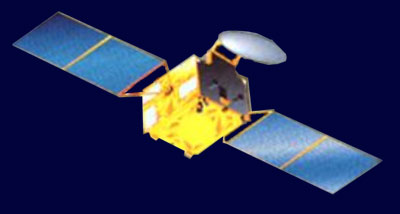 Hong Kong Satellite Technology Group (HKSTG), a joint venture between Hong Kong Satellite Technology Holdings (70%), company controlled by HKSTG chairman David Chu, China Aerospace Science & Technology Group (10%), Sino Satellite Communications (10%) and Israel Aircraft Industries (10%), planned to invest over USDlr2 bil in developing a fleet of 10-15 satellites by 2010. The first of the China-focused spacecraft, HK-SAT-1 wass due to be launched in 2004, followed by HK-SAT-2 around a year later. The satellites was to cost each USD 120 mil.

HKSAT 1 and 2 were to be based on the Israel Aircraft Industries (IAI) AMOS-HP telecommunication spacecraft bus, carrying 20 Ku-band transponders and providing 5.500 kW of power. The satellite had a design life guarantee to provide a 12 year service life. The satellite were to be used to support the 2008 Olympic games in Beijing.

The contracts were cancelled in January 2003.