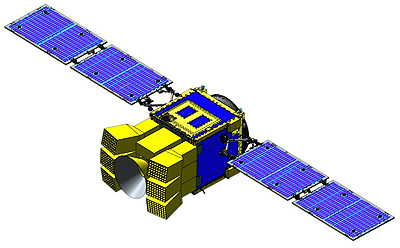 The HiZ-GUNDAM (High-z Gamma-ray bursts for Unraveling the Dark Ages Mission), satellite is a Japanese Gamma-ray observatory, which is to detect many gamma-ray burst phenomena in the ancient Universe in order to clarify the birth and death of the Universes earliest stars, and the physical state of the intergalactic gas at that time.

The satellite will be equipped with a wide-field X-ray detector that can capture gamma-ray burst phenomena, and an infrared telescope that will quickly observe the afterglow, to allow rapid identification of the corresponding celestial object, and measurement of its redshift. This information will be shared widely to allow telescopes around the world to carry out timely follow-up observations.