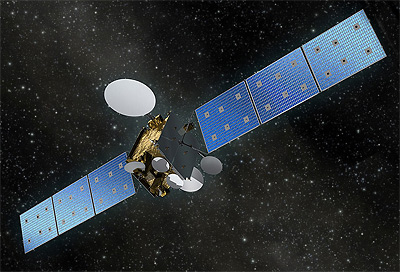 The german Heinrich Hertz or H2Sat aims to explore and test new communications technologies in space at a technical and scientific level in order to determine how broadband communications, for example, can result in high data rates for mobile final users.

The development is performed by OHB System on behalf of the space agency of the German Aerospace Center (DLR) using funding provided by the German Federal Ministry of Economics and Technology (BMWi) with the participation of the Federal Ministry of Defence (BMVg). The contract to build, launch and operate the satellite was signed with OHB in June 2017.

As well as this, the mission will offer universities, research institutes and industry a platform for conducting numerous scientific/technical experiments. The selection of the new German satellite SGEO will simultaneously support the goal systematically being pursued by ESA and Germany in the ARTES 11 program of building up system skills in this area in Europe and extending German capabilities in the area of satellites and telecommunications payloads.

OHB will build the satellite based on the SmallGEO bus. Heinrich Hertz is planned to be launched in 2022.