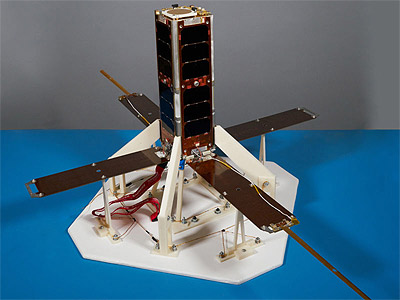 GSky 1 (GalacticSky 1) is an experimental 3U CubeSat by GalacticSky, a division of Vector Space Systems, to demonstrate a software-defined satellite.

GSky-1 hosts the following advanced technology payloads for NASA and the Air Force Research Laboratory (AFRL) that will provide independent data to characterize the harsh environment and operational performance of GalacticSky:

After the bankruptcy of Vector Space Systems, the future of GalacticSky remains uncertain. Lockheed Martin announced plans to acquire GalacticSky, while giving it a $2.5 million loan to continue to operate.