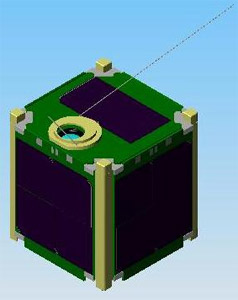 Goliat is a CubeSat type nanosatellite built by the University of Bucharest. The 1 kg satellite type is the first Romanian satellite and is considered as a prototype and a platform for exploring the near-Earth environment.