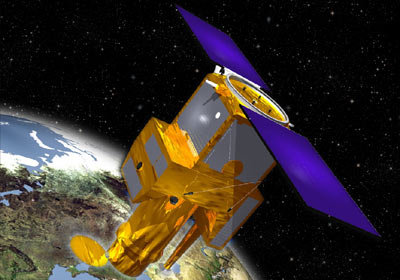 Telespazio, a Finmeccanica/Thales company, has won in December 2008 a tender as prime contractor, supported by Thales Alenia Space (a Thales/Finmeccanica company), from the Turkish Ministry of Defence for the Göktürk satellite system.

The programme has a total value of more than 250 million Euro.

The agreement covers the supply of an Earth observation satellite equipped with a high-resolution (0.8 m) optical sensor similar to that used in the Pléiades program, an integration and test centre for satellites to be built in Turkey, and the entire ground segment of the system, which will carry out in-orbit operation, data acquisition and processing. Telespazio will also provide all satellite launch and test services.

Telespazio's offer, which involves local industry on a significant scale, fully met the requirements of the Turkish defence authorities, which chose the Finmeccanica company from a large number of bidders. As part of the project, Telespazio will create a joint venture with a local partner to develop and market application services. The contract includes long-lead items for an identical Gokturk-1b satellite. SSM had required sufficient spare parts so that, in the event of a launch failure, the second satellite could be built and launched within two years.