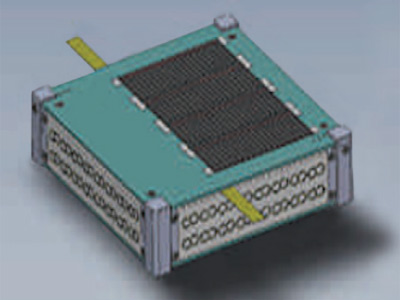 These flat, single board spacecraft are fully autonomous and capable of forming radio frequency networked nodes in space. The four BEE spacecraft of 0.25U CubeSat form factor, aggregated into their 1U cubesat deployer is termed the GNS spacecraft. Swarms or constellations of BEEs can relay data in real-time and can create global space-based relay networks for scientific, industrial, and government applications.

GNS was selected in 2016 by NASA's CubeSat Launch Initiative (CSLI) to be launched as part of the ELaNa program. Swarm has delivered flight hardware and engineering units to NASA Ames. The project is currently on hold while looking for funding.