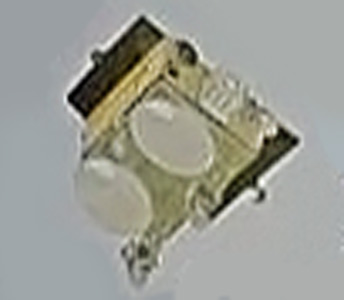 The Chinese GMS Space (or Shanghai Spacecom Satellite Technology) is a daughter of the Chinese investor GMS, which is also a stakeholder of the German KLEO Connect. Reportedly GMS Space is copying the business model of KLEO Connect and using their knowhow, ITU filings and satellite designs. Reportedly the satellite and its launch was ordered from OHB Groups satellite manufacturers based in Germany, Sweden, and Czech Republic, either from KLEO Connect or using KLEO's funding. How GMS and KLEO Connect and their satellite systems are connected is not clear. The satellite is being operated by OHB.

The mission is to bring in use (BIU) reserved frequencies for the planned communications satellite constellation. These Frequencies had been reserved by Thales Alenia Space for the failed LeoSat constellation and were to expire in late January 2021.

The satellite is built on OHB Sweden's InnoSat-light platform and has an Empulsion Micro-R3 propulsion system for collision avoidance.

It was launched in January 2021 on a Electron KS rocket, which was contracted via OHB Cosmos. After reaching orbit, OHB announced that they will slightly modify the orbit to further distance it from the OneWeb constellation to decrease the collision risk.