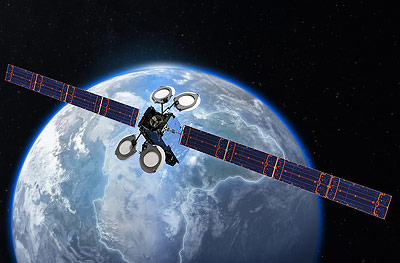 With a coverage area encompassing 35 countries and 750 million people, GiSAT 1 will deliver higher data rates at lower costs than previous satellites serving this part of the world.

In late 2018, the company was the center of controversities, as Chinese investors had taken control of Global IP. Boeing announced i early December 2018 it was canceling thel satellite order, citing default for nonpayment. Global IP was behind on payments for the satellite and needed to raise over $200 million more to complete it.

Boeing will likely search a new customer for the nearly completed satellite.