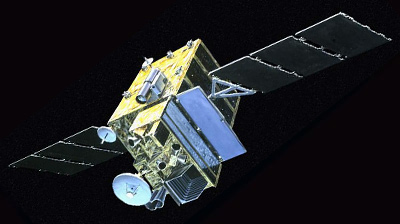 GIFTS was originally planned as a hosted payload on a geostationary satellite, but was later changed into a free-flyer featuring TWR's T310 bus.

GIFTS-IOMI was planned to be the main payload of the STP-1 mission in 2004.

Due changed priorities, the US Navy withdraw its resources for the spacecraft, but remained involved in the development of the GIFTS instrument. This caused the cancellation of the spacecraft and the IMAGE instrument. The GIFTS instrument itself was not continued, but the commercial STORM (Sounding and Tracking Observatory for Regional Meteorology) derivative was developed by GeoMetWatch Corp., with is planned to fly as hosted paylaods on geostationary comsats.