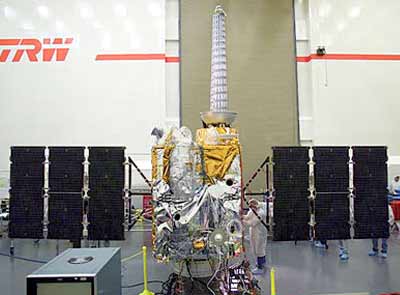 GeoLITE (Geosynchronous Lightweight Technology Experiment) is an advanced, experimental communications satellite featuring Laser and UHF communication devices. It is operated by the NRO.

GeoLITE is the first mission for TRW's T-310 satellite bus, a new lightweight, highly stable platform capable of a range of missions. TRW has system integration responsibility for GeoLITE, including the satellite development, integration and preparation for launch.

The lsser communications experiments consisted of:

The satellite was designed and built in 3 1/2 years using streamlined program methodologies.