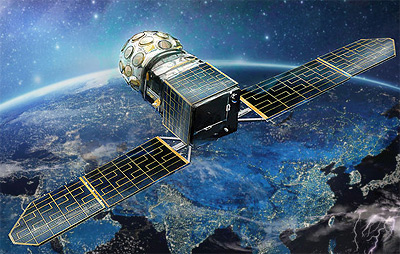 GECAM fast-tracked selection and development to take advantage of a new scientific opportunity, which Xiong Shaolin, an astrophysicist at CAS's Institute of High Energy Physics in Beijing, and his colleagues identified a month after the U.S. Laser Interferometer Gravitational-Wave Observatory announced its historic detection of gravitational waves in February 2016. They proposed putting two satellites into orbit on opposite sides of Earth that together could watch the entire sky for gamma rays emanating from the events that generate gravitational waves. Funding for technical studies arrived a few months later, and the mission has jumped to the front of the launch queue, with a date of 2020.

Each satellite features a dome-shaped array of 25 Gamma-ray detectors (GRD) and 8 Charged particle detectors (CPD). Together the satellites will provide a FOV of 100% all-sky. The sensitivity of the detectors is ~2E-8 erg/cm2/s. They will provide a localization of ~1°. The detectors are sensible in the energy band from 6 keV to 5 MeV.

The satellites are to be launched together on a CZ-11 rocket from China's Xichang space center in December 2020.