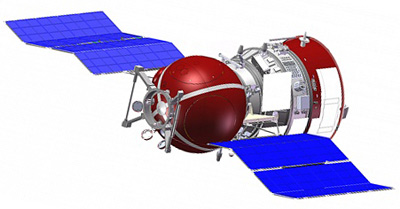 Foton-M 4 is the first satellite of the next generation (34KSM) of russian micro-gravity research satellites.

While retaining the Vostok/Zenit-derived reentry module of the earlier Foton / Foton-M, the propulsion module has been replace by a Yantar type module, which provides maneuvering capabilities and longer mission support. The mission duration has been increased to up to 6 months by using solar cells for energy generation. The weight of scientific equipment has been increased by 100 kilograms.

Foton-M 4 was launched in July 2014 on a two months mission. Shortly after reaching orbit, the satellite suffered a communications problem and failed to raise its orbit. The satellte was sending telemetry but was unable to receive commands from the ground. A few days later, control was regained. In August it was announced, that the mission was cut short and that the descent module was recovered on 1 September 2014 after just six weeks in orbit.

A second mission, Foton-M 5, is planned.