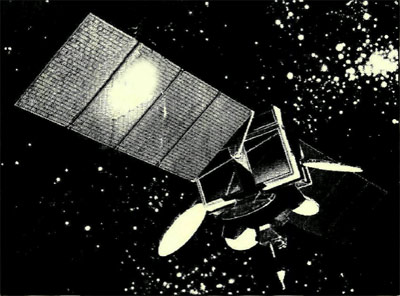 Ford Aerospace Satellite Services Corporation planned in the 1980ies to establish a three-satellite communications network. Each Fordsat satellite, based on Ford's Intelsat-5-derived Supersat bus (later renamed FS-1300), was to carry 54 C-band and Ku-band transponders. An unusual feature was to be crosslinks between the satellites, enabling communications to be transferred between spacecraft. Fordsat was to be used to relay television, telephone calls, data, and other services.

Ford Aerospace Satellite Services Corporation had reserved Shuttle launch slots in January, February and July 1988, but the project was cancelled before.