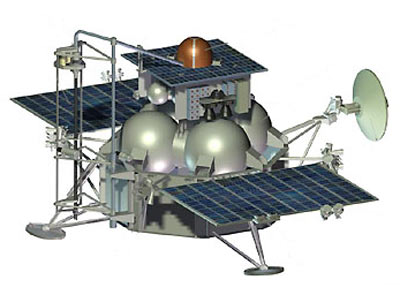 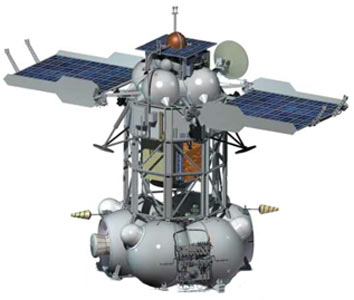 The Russian Fobos-Grunt mission's objectives were to collect soil samples from Phobos, a satellite of Mars and to bring the samples back to Earth for comprehensive scientific research into Phobos, Mars and Martian space.

Studies were to include:

The space mission component development was led by the company NPO Lavochkin. Phobos soil sampling and downloading had been assigned to the GEOHI RAN Institute of the Russian Academy of Science (Vernadski Institute of Geochemistry and Analytical chemistry) and the integrated scientific studies of Phobos and Mars by remote and contact methods were developed by the IKI RAN Institute (Space Research Institute).

In 2007 the chinese space agency signed an agreement to launch the 110 kg Yinghuo 1 orbiter piggyback on Fobos-Grunt. This orbiter was to separate from Fobos-Grunt after reaching mars orbit. Originally planned was also the Russian-finnish small Mars Meteorological Station (MMS), which was cancelled later.

A propulsion module called MDU based on an modified Fregat-SB upper stage was also to act as the cruise stage. It was to remain attached to Fobos Grunt by a truss adaptor, which contained the Yinghuo 1 probe. After Martian orbit insertion, Fobos Grunt was to separate from the Fregat enabling Yinghuo 1 to be separated.