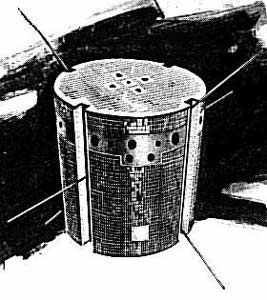 In 1965, Rice became the first university to receive approval to design and build its own satellites under the new NASA University Explorer program. Owl 1 and 2 were to study the aurora and Van Allen radiation by night and day, but unfortunately they never came to fruition.

The Owl satellites were planned to investigate a low and high latitude phenomena of the radiation belts and auroral phenomena. They were to measure the intensity of auroral light at wavelengths of oxygen (5577 Å), nitrogen (3914 Å), and hydrogen (4861 Å).

Two spacecraft were built by Rice University, which were identical except for the orientation of a large permenant magnet. Rice also built a flight-worthy spare satellite. The Owl satellites were to be launched in 1968 by Scout-A rockets from Vandenberg. The satellites were to be put into similar but not identical orbits at a high inclination with nominal altitudes of 930 and 1100 km and with coincident but antiparallel lines of nodes. 8.000 solar cells covered the satellite body to provide power.

The satellites were delayed by budget issues and development problems. They were never launched, but several instruments developed for the Owls, including a low-level auroral TV camera, were later flown on crewed spacecraft.