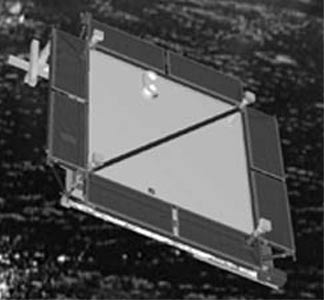 The IMEX (Inner Magnetosphere Explorer), was to study the response of Earth's Van Allen radiation belts to variations in the solar wind. The energetic charged particles (mainly protons and electrons) that comprise Earth's trapped radiation zones are potentially hazardous to both astronauts and satellite systems. IMEX was to be launched into a 350 kilometer by 35,000 kilometer elliptical orbit around Earth with instruments to measure on a regular basis the populations of energetic particles and related magnetic and electric fields throughout the radiation belts.

Data obtained with IMEX during its 10-hour orbital sweeps through the Van Allen belts should lead to significant improvements in our ability to predict hazardous conditions in Earth's radiation environment and our understanding of the underlying physical processes that connect the solar wind with the state of the Van Allen belts. This would be especially important during the upcoming maximum in the solar cycle expected in 2001. The Principal Investigator for IMEX was Dr. John Wygant of the University of Minnesota in Minneapolis. Drs. Daniel N. Baker and Xinlin Li of the University of Colorado's Laboratory for Atmospheric and Space Physics (LASP) had major Co-Investigator roles in IMEX. LASP was to have the responsibility to design, fabricate, test, and operate the IMEX spacecraft.

The IMEX experiment, including launch as a secondary payload aboard an Air Force Titan-4(02)B IUS rocket in 2003, was to cost $12.8 million. About half of that funding was to come to CU/LASP to support the spacecraft, science, and operations roles.

Originally planned to be built on a hexagonal prism shaped bus similar to SNOE, the design was later changed into a flat rectangular structure. It was to be spin stabilized.

IMEX would have featured following instruments:

IMEX has been cancelled when it began to experience unsupportable cost growth. That growth stemmed, in part, from problems in securing a piggyback position on a U.S. Air Force launch and from increasing NASA requirements during Phase A development.