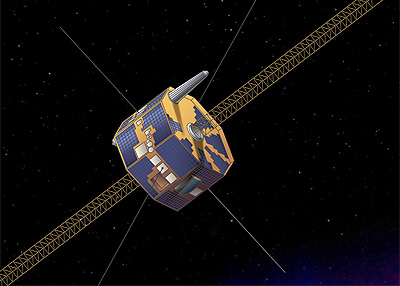 IMAGE (Imager for Magnetopause to Aurora Global Exploration) uses neutral atom, ultraviolet, and radio imaging techniques to identify the dominant mechanisms for injecting plasma into the magnetosphere on substorm and magnetic storm time scales, determine the directly driven response of the magnetosphere to solar wind changes; and, discover how and where magnetospheric plasmas are energized, transported, and subsequently lost during substorms and magnetic storms.

The IMAGE observatory is a spin-stabilized spacecraft that measures 2.25 meters in diameter and 1.52 meters in height and weighs 494 kg (including instruments).

IMAGE was successfully launched on 25 March 2000 on a Delta-7326 rocket into a highly elliptical polar orbit and operated until contact was unexpectedly lost on 18 December 2005, likely due to a power subsystem failure.

In early 2018, possibly signals of IMAGE have been received.