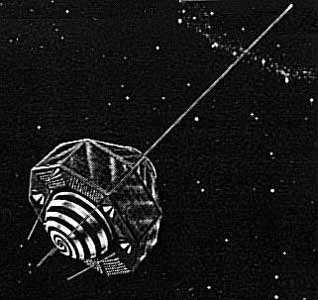 These were designed to operate simultaneously to fulfill the objectives of locating observation points (geodetic control stations) in a three dimensional earth center-of-mass coordinate system within 10 m of accuracy, of defining the structure of the earth's irregular gravitational field and refining the locations and magnitudes of the large gravity anomalies, and of comparing results of the various systems onboard the spacecraft to determine the most accurate and reliable system. Acquisition and recording of data were the responsibility of the GSFC Space Tracking and Data Acquisitions Network (STADAN). Ten major observing networks were used.

Non-geodetic systems included a laser detector and a Minitrack interferometer beacon. The objectives of the spacecraft were to optimize optical station visibility periods and to provide complementary data for inclination-dependent terms established by the Explorer 29 (GEOS 1) gravimetric studies. The spacecraft was placed into a retrograde orbit to accomplish these objectives. Operational problems occurred in the main power system, optical beacon flash system, and the spacecraft clock, and adjustments in scheduling resulted in nominal operations.