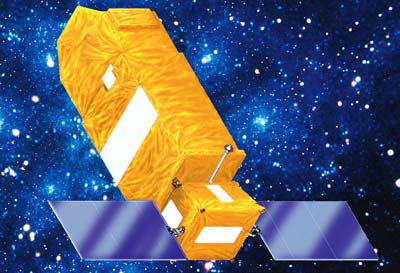 FUSE (Far Ultraviolet Spectroscopic Explorer) represented the next generation, high-orbit, ultraviolet space observatory covering the wavelength range of 90.5-119.5 nm. The primary objective of FUSE was to use high-resolution spectroscopy at far ultraviolet wavelengths to study the origin and evolution of the lightest elements (hydrogen and deuterium) created shortly after the Big Bang, and the forces and processes involved in the evolution of galaxies, stars and planetary systems.

The spacecraft was launched as a joint US-Canada-France project. Only one previous mission, Copernicus, has given us this far-ultraviolet region of the electromagnetic spectrum. However, FUSE will provide a sensitivity some ten thousand times greater than Copernicus.

FUSE was planned as a grazing incidence Wolter-Schwartzschild Type II telescope with an aperture of 80 cm, feeding an array of sensitive far-UV and EUV (wavelength 90.5 - 118.5 nm) spectrographs equipped with Photon Counting Array (PCA) detectors. The FUSE observatory was designed for an operational lifetime of three years, although it is hoped that it may remain operational for as long as ten years.

The observatory is approximately 7.6 m long with a baffle fully deployed. S-band transponders of 5 W output capacity will allow transmission of the scientific data at a rate of 40 kbps. A complete image may be read out in about seven minutes. Spacecraft housekeeping data, and compressed data will be downlinked at 2 kbps.