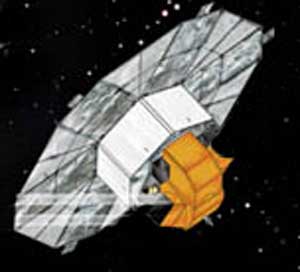 FAME (Full-sky Astrometric Mapping Explorer) was a space astrometry mission that was to measure the positions, proper motions, parallaxes, and photometry of 40,000,000 stars brighter than V=15th magnitude to between 50 and 500 microarcseconds accuracy, depending on the magnitude.

FAME was to opperate from a geostationary orbit. It was to use an Star-30BP apogee motor. The satellite also featured a deployable sun shield to protect the sensitive optical payload.

It was selected in 1999 as a MIDEX Explorer mission by NASA for a launch in 2004, but NASA in January 2002 cancelled its support for this mission due to doubts, if the goals could be reached and due to massive cost overruns. After NASA's withdrawal, the U.S. Naval Observatory and USAF Space Text program (STP) continued the development, but also cancelled the project later.