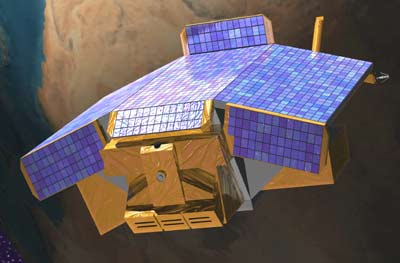 The CHIPSat (Cosmic Hot Interstellar Plasma Spectrometer Satellite) is a University-Class Explorer (UNEX) mission funded by NASA. It will carry out all-sky spectroscopy of the diffuse background at wavelengths from 90 to 260 Å with a peak resolution of /150 (about 0.5 eV). CHIPSat data will help scientists determine the electron temperature, ionization conditions, and cooling mechanisms of the million-degree plasma believed to fill the local interstellar bubble. The majority of the luminosity from diffuse million-degree plasma is expected to emerge in the poorly-explored CHIPS band, making CHIPS data of relevance in a wide variety of Galactic and extragalactic astrophysical environments.

The CHIPS (Cosmic Hot Interstellar Plasma Spectrometer) instrument will be carried into space aboard CHIPSat as the only science instrument, a dedicated spacecraft built by SpaceDev, Inc., and launched from the second stage of a Delta-7320-10C rocket in early 2003.

CHIPS six apertures for observing the Interstellar Medium are located just below the small disk in the center of the forward end. The CHIPS instrument was built at the Space Science Laboratory of the University of California, Berkeley. The project is sponsored by the Office of Space Science at NASA Headquarters, Washington, and the project is managed at the NASA Goddard Space Flight Center's Wallops Flight Facility, Wallops Island, Va., through the NASA Explorers Program.

Chipsat was shut down in April 2008 after operating successfully for five years.