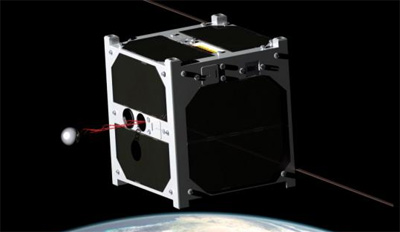 ESTCube 1 is a Estonian Student Satellite of the 1U-CubeSat form factor. The Estonian Student Satellite project started in the summer of 2008 at Tartu University with the objectives for promoting space, being an invaluable educational tool for science, technology, engineering, mathematics (STEM) subjects and giving students hands-on experience on developing space technologies. In addition, a further goal is to foster the development of Estonian space and high-tech industry by training experts and disseminating knowledge about space technologies. In addition the satellite project is expected to have a significant role in educating and inspiring the general public and improve their awareness of space research.

The objectives of the nanosatellite are:

ESTCube 1 was launched piggy back into low Earth by a Vega rocket.