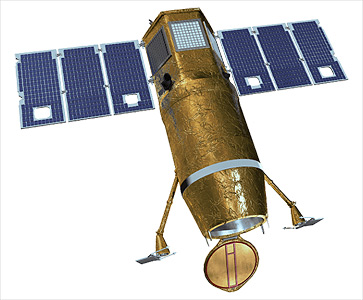 ImageSat International's EROS C3 (Earth Resources Observation Systems C3) satellite, which will offer very high quality resolution and a higher data link rate than EROS B as well as multispectral imagery capabilities, is in development as part of the EROS-NG constellation.

The EROS-NG constellation consists of EROS C1 and C2, owned by partners and are satellites allready in orbit, two ISI owned EROS C3 satellites, the partner owned EROS C4 and two EROSAR radar satellites. The most likely candidates for EROS C1 and EROS C2 are Ofeq 16 and Ofeq 11 respectively, but official confirmation on this is lacking.

ISI contracted in 2019 with IAI to construct the first EROS C3 satellite based on the OPTSAT-3000 platform.

EROS C3 will weight about 400 kg at launch and will orbit in a retrograde orbit at an altitude of about 510 km. The EROS C satellite, based on the OPTSAT 3000 bus, will be equipped with a camera with CCD/TDI (Charge Coupled Device/Time Delay Integration) sensors, producing both panchromatic imagery at a standard resolution of 0.30 m, and multispectral imagery at a standard resolution of 0.60 m, with a swath of 11.5 km at nadir. It is an improved version of the earlier EROS C project.

The first of two satellites will be launched in December 2022 while the second will follow four years later.